Posted on November 30, 2012 by Frederick Greene 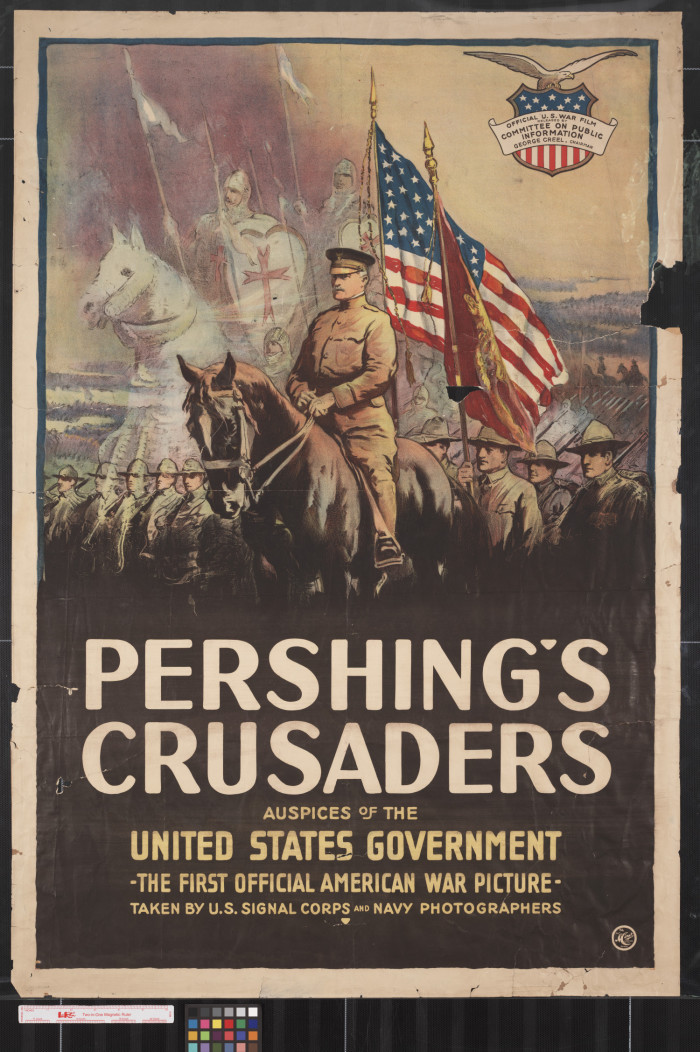 The quote above comes from a taped interview that trailer pioneer Andrew J. Kuehn gave some years before the foundation he endowed financed a documentary history of audio-visual movie marketing. He concluded his wry boast with this qualification: “the trouble is, when we’ve really got something good, nobody believes us.”

I’ve never forgotten this insight, partly because Andy was a friend and the delivery is so characteristic; partly because it’s such an interesting acknowledgment. The double gesture of a trailer is that its deployment of advertising rhetoric is always, already acknowledged, and thus its truth claims are always already discounted. Though I have doubts, I do my fellow citizens and audiences members the honor of believing that they understand this explicitly, that they too know better than to believe everything they see and are told, whether by politicians, news anchors, muckraking journalists or advertisers of every stripe and medium.

As I’ve mentioned in previous posts, in preparation for an academic essay for a special edition of the cinema journal, Frames, devoted to promotion and marketing I’ve been researching the emergence of the movie trailer in the 1910’s as THE critical instrument in the tool kit of distributors seeking audiences for their films. Coincidentally (or not, as I’m trying to determine) that decade witnessed the application of theories of mass psychology developed earlier for purposes of social control and influence on a scale never before contemplated or attempted. (See, for example, The Assimilation/Americanization efforts promulgated by the National Association of Manufacturers, 1912-1919 and the Commission on Public Information’s campaign on behalf of morale, bond purchases, recruitment and economic mobilization during World War I.)

While I’m not prepared to call the relationship causal or determinate, theories about and a perceived need for social control and political messaging bear a curious proximity to the development and adoption of the most powerful and effective means of collective impact and mass-persuasion ever invented– I refer here to trailers rather than the moving pictures they advertise.

It’s a truth generally acknowledged that feature films, documentaries and moving images generally and the production resources of Hollywood (and elsewhere) have been pressed into the service of official political, military and economic goals by nation states, most obviously and unambivalently during World Wars I & II. Until well into the 1920’s, such efforts were described without euphemism or embarrassment for what they were: Propaganda. And, it is uncontroversial that the private sector has propagandized on behalf of its products or against limitations on their consumption. (See: The Tobacco Industry campaign to discredit the evidence that smoking causes lung cancer; or, more recently, those efforts on behalf of the American Petroleum Institute to discredit the science of global climate change.)

While there are multiple, overlapping definitions of the term, I find this one clear, comprehensive and compelling: “As generally understood, propaganda is opinion expressed for the purpose of influencing actions of individuals or groups… Propaganda thus differs fundamentally from scientific analysis. The propagandist tries to “put something across,” good or bad. The scientist does not try to put anything across; he devotes his life to the discovery of new facts and principles. The propagandist seldom wants careful scrutiny and criticism; his object is to bring about a specific action. The scientist, on the other hand, is always prepared for and wants the most careful scrutiny and criticism of his facts and ideas. Science flourishes on criticism. Dangerous propaganda crumbles before it.”
–Alfred McLung Lee & Elizabeth Bryant Lee, editors,

The Fine Art of Propaganda

Additionally, my understanding is informed by political scientist and communications theorist, Harold Lasswell‘s understanding of the word. “Not bombs nor bread,” wrote Lasswell, “but words, pictures, songs, parades, and many similar devices are the typical means of making propaganda….propaganda relies on symbols to attain its end: the manipulation of collective attitudes.”

So, given the foregoing definition, what might we say about movie trailers themselves, these dense, wonderful movie marketing workhorses that represent the sine qua non of persuasive, emotionally appealing and rhetorically articulated moving images? As a thought experiment, imagine a trailer (ah! if only one existed! If only the description of such a thing existed!) for an overtly and explicitly produced propaganda film like Pershing’s Crusaders (1918). Such a thing would be propaganda squared, the images, symbols and emotional persuasion of the film reconfigured and intensified albeit abbreviated; it would be the manipulation of manipulation.

Now, ask yourself, how different that is from the trailer for a what we will stipulate is a non-political, non propagandizing film? Not much. The trailer is always propagandistic, regardless of the film’s status. The relevant question, then, becomes whether that propaganda is dangerous, anti-social, objectionable and/or deserving of sanction.

I too work in the world of propaganda, to borrow Nancy Goliger‘s frank assessment of her career, and wonder, alongside Trinity University communication’s professor Aaron Delwiche, whether “propaganda [is] compatible with democracy… does it undermine the population’s ability to think critically about world events?”

At my most optimistic, I like to think that trailers, while they offer an opportunity for developing ever more subtle, compelling and effective modes of audio-visual propaganda, also model a skeptical attitude toward their narrative claims, their emotional appeals and their symbolic manipulation. Audiences understand from repeated and disappointing experience that trailers mislead, misrepresent, distort, conceal, dissemble and exaggerate. It’s what they do and even part of their charm. For even the most casual movie goer, reading against the grain of the breathless promise of a trailer becomes the basis of social interaction in the home or commercial theater.

Jeers and hisses, back-talking and voluble dismissal of a trailer demonstrate to fellow viewers that you aren’t buying it; that you can tell this movie is a turkey, no matter how beautifully it’s dressed. On the other hand, applause, reverent silence and stillness indicate that the trailer is taken in earnest as representative of the quality and character of the film in question. In this way, trailers help us recognize the glimmer of moving picture truth within the institutional hype (exaggeration? lie?) of the marketing.

At my most pessimistic, however, I question whether my work, anodyne as it is with respect to most films, has been a proving ground for experiments in propaganda that simulate the argumentation, reason, rationality and deniability of scientific endeavor, but without the commitment to the discovery of truth, the test of falsifiability, or the pursuit of knowledge, whatever the consequences.

I don’t know the answer but I hope to amass more data to help me decide. Most likely it’s a little of both. What I do know is that the research I’m doing now seems a lot more fun (probably because a lot less exhaustive) than what I did when writing my dissertation 17-18 years ago.

movietrailers101 by Fred Greene is licensed under a Creative Commons Attribution-NonCommercial-ShareAlike 3.0 Unported License.

Entertainment Copywriter & Visiting Assistant Professor, UCLA Dept. of Theater, Film & Television. I teach a graduate seminar in new movie marketing, which focuses on the history, contemporary practice and likely future of a/v advertising for motion picture entertainment.
View all posts by Frederick Greene →
This entry was posted in Uncategorized. Bookmark the permalink.