New “in-theater” Movie Marketing Guidelines from NATO: Shake up? Shake Down? Shake Out.

Posted on February 14, 2014 by Frederick Greene 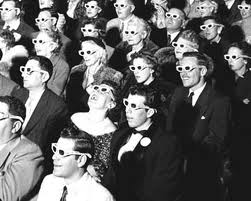 The Audience is Impatient

By now, you may have read about the new “In Theater Marketing Guidelines” promulgated by the National Association of Theater Owners (NATO). In this post, I review and evaluate these Voluntary Recommendations for film distributors and film marketers.

What was most widely reported in the mainstream and industry press was NATO’s call for a reduction in length of the theatrical trailer from an average of 2:30 to less than 2:00, a recommendation motivated by the sense that trailers are providing too much information to audiences and future ticket buyers. The secondary reason—that audiences are impatient for the feature to begin—may not stand up against the temptation to squeeze in another–albeit shorter– trailer.

According to the Hollywood Reporter, “The guidelines also specify that a trailer cannot be shown for a movie more than five months before its release. Nor can marketing materials be displayed inside of a theater for a film more than four months away from release.” Happily, “two exemptions a year on both trailer length and marketing lead time” will be granted with distributors invited to “identify the films they want to be exempt.”

Seeking greater control over how Hollywood markets its films within their venues, theater owners, “who feel the brunt of complaints from the public,” are said to “believe [that] trailers are often too long and can give away too much of the plot.” (Thanks to Bloody Disgusting.com for the quote.) It’s an intuitively appealing claim yet one that offers no research to support it. In the articles reviewed for this post, the only evidence adduced were anecdotes of audience complaint.

As I’ve mentioned earlier and repeatedly in this blog, criticism of the “tell-all” trailer is common in the research data. However, consumer decision-making does not appear to confirm respondents expressed dislike for the approach. Indeed, despite the near universality of resentment of and dislike for the “tell-all trailer”—even or especially among trailer makers– the data points to their effectiveness in selling tickets and goosing the box office.

The issue is of more personal interest, given my ongoing survey of trailer audiences. (I invite you to take the brief survey here.) We’ve asked respondents follow on questions about their presumed hostility toward the tell-all trailers and will be analyzing and reporting the findings as soon as we comb through them.

Other recommendations from NATO, concern logistical and practical aspects of in theater promotion, but include a direct salvo against the distractions represented by mobile and smart-phone users: “No direct response prompts (QR codes, text-to, sound recognition, etc.) other than URLs are to be placed in/on the trailer, as they encourage mobile phone use during the show.”

It will be interesting to watch how these voluntary guidelines are adopted, flouted or assimilated in a piecemeal fashion. NATO is a venerable organization and one with real cartel power and a long-simmering sense of resentment toward high-handed, left-coast Hollywood distributors. As the exhibitors strike back, the ball is in the audience’s court.

movietrailers101 by Fred Greene is licensed under a Creative Commons Attribution-NonCommercial-ShareAlike 3.0 Unported License